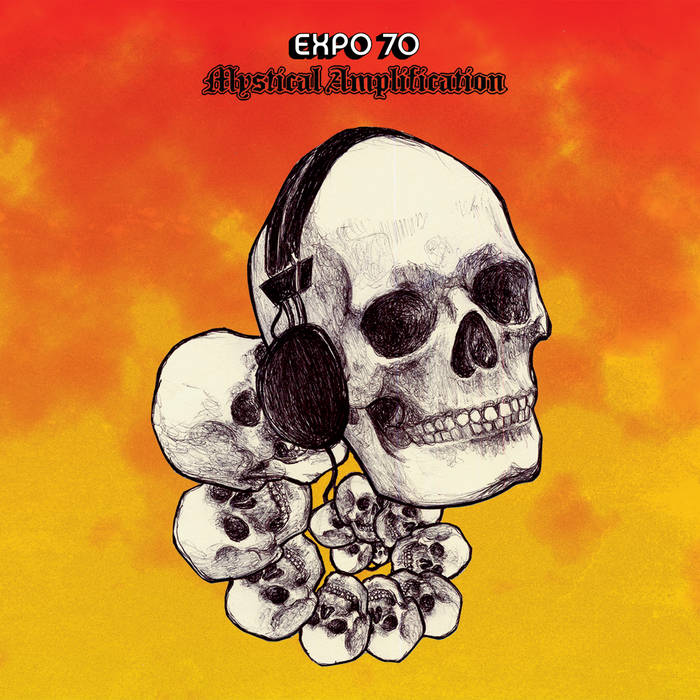 KFS ISTHEONLYLAW I got stoned without weed just by listening, such evocations of beyondness. Favorite track: Ravens of Invocation Cascading into Dowsing.

OUT OF PRINT SINCE 2007, ORIGINALLY RELEASED AS A VINYL ETCHED CDR HAND PACKAGED IN MINI GATEFOLD CASE.

We LOVE Expo '70. They're playing in SF this week, two shows that will be over by the time you read this. And we might not even get to go, 'cause we're too busy writing reviews, like this one... oh the bitter irony. But even if we miss them live (which would be a shame) we're still in Expo '70 heaven 'cause they've brought us two brand new cd-rs!! (And, there's also a new release on a real cd too, Animism, which we'll list next time!) Wow. That's a lot of Expo '70, but their krautrock inspired instrumental ambience is an expansive sound, that can easily sprawl across the full length of a cd or cd-r in just a track or two...and therefore can also spread beyond, occupying several near-simultaneous releases with no diminishment to our enjoyment. We're happy to hear it go on, and on, and on eternally. Expo overload, no, too much is never enough.

So, this one... Mystical Amplification. With song titles making reference to such things as "Mountainous Caverns Of Black Arts" and Konstantin Raudive's research into EVP (a la the Ghost Orchid) it's easy enough to say things like this music is haunting and mystical... mystical amplification, heck that's the title. The Expo '70 guys are doing all our work for us. The four long tracks (we like how the songs are split into a "side 1" and "side 2" when listed on the sleeve, even though it's of course all on one side of this cd-r) are all one-take improvs, with mainman Justin Wright on electric guitar ("with plenty of effects", all right) and his current Expo associate McKinley Jones playing a Moog synth. Spaced out and psychedelic trips much more on the "kosmische" tip than their Kansas City origin would suggest... this is all buzzing droning bliss, no drums or vocals to reign it in to human scale, just cosmic textures galore, often soothing, and a little bit ominous. There are moments that vaguely sound like Robert Fripp or Eddie Hazel jamming with Klaus Schulze, both of 'em dreamy and drowsy from drugs. Or imagine a mellower SUNNO))), teamed up with Space Machine, perhaps, getting all yogic on us with some abstract instrumental, electronic om-chants. Sleepy, slowly swirling, hissing and purring over quietly churning low-end depths...

This recording presents two days of practice improvisations in preparation for a few shows that Expo ‘70 performed over a next couple of months in the fall of 2006. The tracks are in order of which they were created, all sounds were captured in one take.

Expo '70 is Justin Wright. He began producing this otherworldly music in 2003 while living in Los Angeles. Residing in Kansas City, Missouri now, Wright produces music that is sought after by people all over the world. Wright has toured extensively over the last several years. More recently Wright has added a drummer and bassist to the mix which has started release albums and touring. ... more

Bandcamp Daily  your guide to the world of Bandcamp